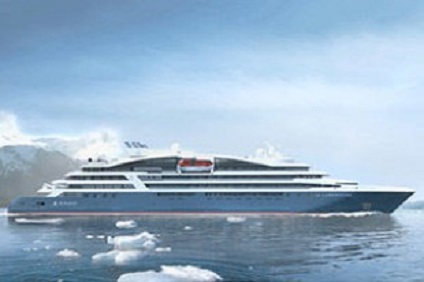 Set sail aboard Le Jacques-Cartier for an 11-day cruise in the Mediterranean Sea, between the shores of the French Riviera and the Turkish Riviera.

You will board in Nice, then you will set sail to Bonifacio, the jewel of the far south of Corsica. A veritable fortress sculpted by the wind and the spray, the "sentinel city" will reveal its historical centre and its long-cobbled streets.

Your ship will then head for the Amalfi Coast, the jewel of Southern Italy, where you will visit Salerno, a superb little town particularly renowned for its Duomo.

Le Jacques-Cartier will then arrive in the magnificent Sicily. You will first make a stop in Palermo, its capital, you will be able to visit emblematic landmarks such as the 12th century cathedral and Teatro Massimo, one of the largest theatres in Europe.

Catania is the next port of call on your cruise. Located on the slopes of Mount Etna, the town has been destroyed seven times by the volcano's eruptions! Listed as a UNESCO World Heritage Site, it is a town of incomparable cultural richness.

You will leave the Italian coastline for Greece. When the ship calls at Pylos, you will explore the ruins of the Palace of Nestor, one of the heroes of the Trojan War.

Your ship will sail to the southern Aegean Sea to discover the capital of Crete, Heraklion, built on a hillside overlooking the port and encircled by formidable Venetian walls.

Le Jacques-Cartier will then take you to Patmos, also known as the 'Jerusalem of the Aegean Sea', this divine island where Saint John is said to have received his visions features unique landscapes that blend long white beaches with rocky coves.

You will finally discover Rhodes, whose old medieval town, built by the Knights of St John, is surrounded by ramparts. It is the largest of the Dodecanese islands and, like Alexandria, it was once home to one of the Seven Wonders of the Ancient World: its famous Colossus.

You will finally reach Antalya, the end of your journey. 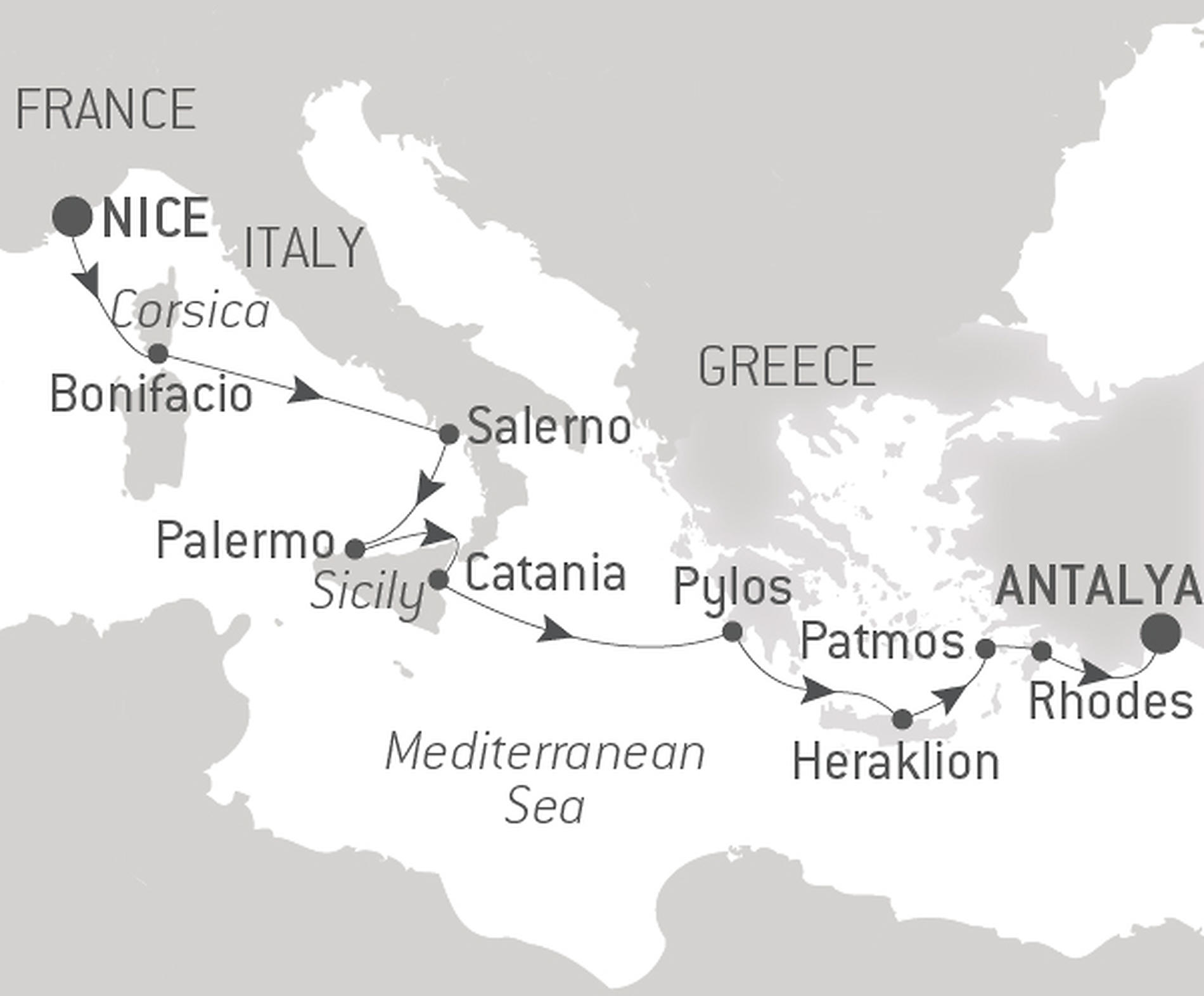