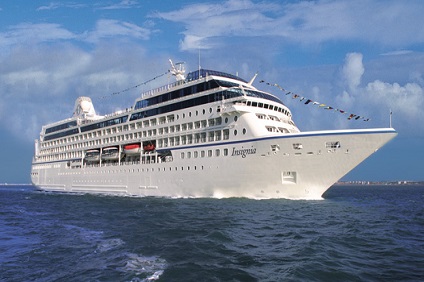 14 Night Cruise sailing from Montreal to Miami onboard Insignia.

14 Night Cruise sailing from Montreal to Miami onboard Insignia.

Montreal
French-speaking, thoroughly romantic and exquisitely cultured, Montreal definitely warrants a pre- or post-cruise stay. The Old Port is a hub of entertainment, while the Museum of Fine Arts is revered for its collection of more than 30,000 objects. For a respite from the vibrant city, stroll the Montreal Botanical Garden, a draw since 1931.

Halifax
Founded by the British in 1749, Halifax still has a British military air about it. Every day at noon, a ceremonial gun is fired at the Halifax Citadel, a star-shaped fortress where the guides wear military uniforms. The exhibits have a more seafaring slant at the Maritime Museum of the Atlantic and include the nearly 100-year-old Acadia.

New York
The Big Apple. The City That Never Sleeps. Call it what you may, New York reigns as one of the world's most dynamic cities. But where to begin? The sacred soil of Ground Zero or stunning Central Park? The Guggenheim or the American Museum of Natural History? Should you take in a Broadway show or simply enjoy the nonstop show of people that parade through the streets? The possibilities are endless in the five boroughs of New York City, so get out and enjoy.

St George, Bermuda
This charming town retains much of its historic architecture from the 17th to 19th centuries. Visit its many museums, such as the Bermuda National Trust Museum, and forts once used by the British Army and Royal Navy. The Gothic ruins of the Unfinished Church stand on a hill overlooking the town, and St. Peter's Church is the oldest Anglican church in the western hemisphere. Bermuda is also known for its numerous golf courses.

Miami
People-watchers will enjoy South Beach's Ocean Drive, while architecture buffs will love the Art Deco District. If you're looking for something a bit different, there are world-class museums and shopping venues too. In Miami, there really is something for everyone.