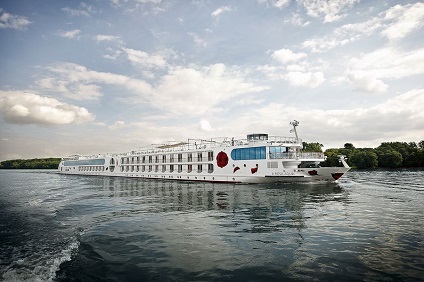 Parisians celebrate New Year on the Champs-Élysées, on Montmartre (the highest natural point in the city) and in the Trocadéro, the space in front of the Eiffel Tower. They ring in the new year with the words "…trois, deux, un, zéro … Bonne année!" and the sound of champagne corks popping. Needless to say, you’ll also have a fantastic view of the Seine from your A-ROSA. When the light and laser show behind the Eiffel Tower illuminates the night sky, the champagne sparkles in your glass, and everybody arm in arm, you’ll have no doubt that you’re celebrating New Year in one of the most beautiful places in the world. There’s a great deal to discover by the Seine on the days before and after the biggest party of the year. You can travel back to the Middle Ages, for example. In the narrow streets of Rouen, it feels as if time has stood still. As you follow in the footsteps of Joan of Arc, you’ll experience both history and art close up. The cathedral as a model for Claude Monet, for example. Just as picturesque are the abbeys and palaces you’ll see on the banks of the Seine towards Caudebec. The river leads you on to the beautiful village of Les Andelys, located below Richard the Lionheart’s imposing fortress. This wild and rugged castle looking down on the Seine could hardly be more different from Louis XIV’s legendary Palace of Versailles, which you can visit from Le Peqc. End the year on a note of grandeur before beginning what we hope will be a happy new year in the city of love.

Vernon
Vernon is a commune in the department of Eure in the Haute-Normandie region in northern France. It lies on the banks of the Seine River, about midway between Paris and Rouen. The city is well known for its production of engines by the SNECMA group.

Visitors to Vernon will enjoy viewing the medieval streets and half timbered houses. Other attractions include Archives Tower, the ruins of Phillipe Auguste Castle and Tourelles Castle, the City Museum and the Collegiate Church. 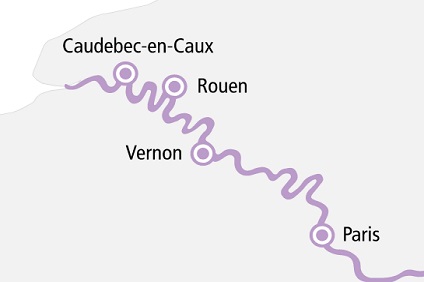