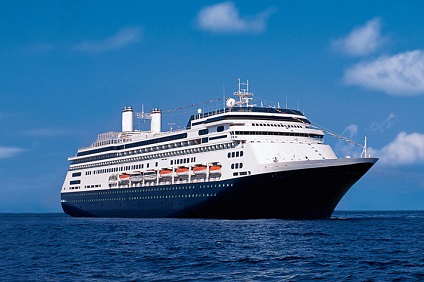 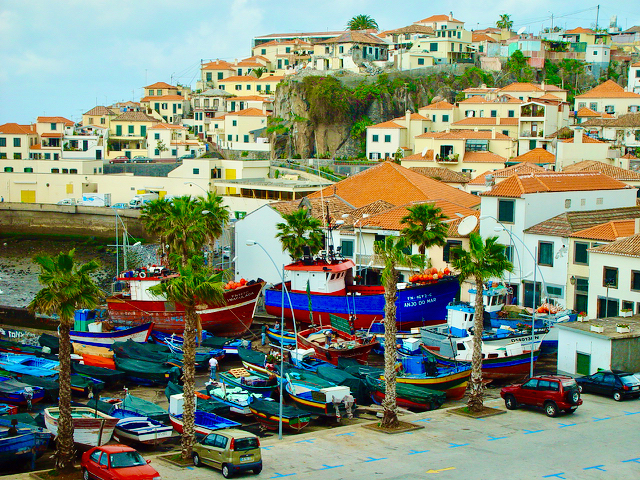 Prepare for the busy festive period on a pre-Christmas getaway packed with the sun, sand and sights of a string of gorgeous islands. There are chances to explore volcanic landscapes and idyllic gardens, unwind on gorgeous beaches and even witness the spectacular Geminid meteors, leaving you feel a world away from the December gloom being endured back home.

Time at sea to relax and settle into life on board your ship, will leave you feeling refreshed and ready to experience the Canary Islands over four days. Visiting Gran Canaria makes for a perfect start; perhaps indulge in the island’s renowned warmth at the rolling sand dunes of Maspalomas, or seek-out the picturesque scenery of the Agaete Valley or Los Tilos forest. The ‘Pretty Island’ of La Palma is then yours to explore, with Santa Cruz serving as your gateway to an astonishing UNESCO-listed wonderland of varied landscapes, from San Antonio Volcanic Park – where natural gems such as the Teneguia Volcano await – to enchanted laurel forests waiting to share their secrets.
Show less

The time in Tenerife that follows is sure to be a highlight; your extended visit is timed to coincide with the magical Geminid Meteor Shower, affording you the best chance to watch the darting lights of spellbinding ‘shooting stars’ as they streak across the sky. You can take the day to see majestic Mount Teide, or uncover the mysterious of the Güímar pyramids and poison gardens too. For a memorable conclusion to the Canarian adventures, at gorgeous La Gomera you’ve an opportunity to go in search of volcanic wonders and verdant forests once again, or even visit Fred. Olsen’s Hotel Jardin Tecina. Finally, before you head for home, you’re in for an authentic taste of Portugal’s diversity; there’s a visit to the ‘Garden Island’ of Madeira, a land of lush-green landscapes and beautiful botanical gardens, and a visit to Lisbon, to delve into the Portuguese capital’s rich maritime history.

Las Palmas, Gran Canaria, Spain
With its feel of mainland-Spain, spiced up with an eclectic mix of Asian and African cultures, Las Palmas is one of the Canary Island's most popular destinations, attracting sun-seekers who come to relax on its golden-sand beaches and soak up the gorgeous, year-round climate of Gran Canaria.

Founded over 500 years ago, Las Palmas is the largest city in the Canary Islands, and has three gorgeous beaches, including Playa de las Canteras, regarded as one of the world's best beaches, to enjoy.

Vegueta, the oldest quarter, is both atmospheric and fashionable, with extensive historical architecture plus a fine selection of boutiques and smart bars. At its centre stand the twin towers of Santa Ana Cathedral; started in 1500 but still unfinished, the cathedral has a unique mix of Renaissance, Gothic and Neoclassical styles in its construction. In Plaza Santa Ana, bronze statues of dogs – the Romans named the islands after legendary canines – stand guard over the 17th-century Palacio Regental, the Town Hall and the Bishop's Palace.

The sweet arc of Playa de las Canteras at the town’s other end offers the tantalising possibility of taking a dip between sightseeing and shopping. The bewildering maze of streets behind the beach hides many fine restaurants serving an array of wonderful Canarian cuisine.

Santa Cruz de La Palma, Spain
La Palma’s small, yet pretty capital city - is one of the Canary Island’s true gems. Boasting colonial-style architecture, a swathe of charming beaches, restaurants and bars, Santa Cruz is typically Canarian and has something for everyone.

Conquered by the King of Castile in the 15th century, Santa Cruz de La Palma was a key trading post between Spain and the Americas, and the city’s fascinating history can be explored in the historic quarter – one of Spain’s Historic-Artistic sites. The Naval Museum is a replica of Christopher Columbus's 15th-century Santa Maria sailing ship.

Stunning palaces and sumptuous merchants’ houses butt up against the grand town hall, built during the reign of Phillip II. Religious buildings include the Renaissance-style Church of El Salvador, with a tower of volcanic stone, and the Church of Santo Domingo, which houses a superb collection of Flemish paintings.

The compact city centre is incredibly picturesque, and the newly redeveloped beach and promenade have boosted the city's resort credentials. Calle Real, the city’s main street, is famous for being both a Property of Cultural Interest and a Historic-Artistic Site. Santa Cruz’s finest restaurants, shops and prettiest squares are found here, and sampling the delicious local cuisine and local culture is highly recommended.

Well-preserved buildings feature in the old town, including the colonial Church of the Immaculate Conception and the 18th century Palacio de Carta, which has impressive Baroque and neoclassical features. Recently redesigned by the architects Herzog & de Meuron, the city’s largest square, Plaza de España, is a pleasant spot to lose a few hours. Lively beaches such as Playa de Las Americas are within easy reach of Santa Cruz too.

Away from the capital, many of Tenerife's highlights await on tours, including the exotic Botanical Gardens or the mystical lava stone Pyramids of Guimar. Exploring the volcanic El Teide National Park to marvel at majestic Mount Teide, or even climb Spain's highest peak, is an unmissable experience.

Funchal, Madeira, Portugal
Funchal, the capital of Portugal's Madeiran archipelago, has a timeless old-world charm. Enhanced by a subtropical climate that fills this 'floating garden' with the year-round colours and perfumes of flowers and fruit, Funchal was a favourite of Sir Winston Churchill. His praise of the city has ensured British visitors always receive a warm welcome from locals.

Backed by rolling hills, the town is famous for its harbour, the 17th century São Tiago Fortress (now the Contemporary Art Museum) and world renowned Madeiran wine cellars. Funchal’s parks and gardens are a delight, and a hike through the Laurel Forest nearby is highly recommended. The ancient Funchal Cathedral mixes Gothic and Romanesque architecture, and is noted for its impressive carved wooden ceiling.