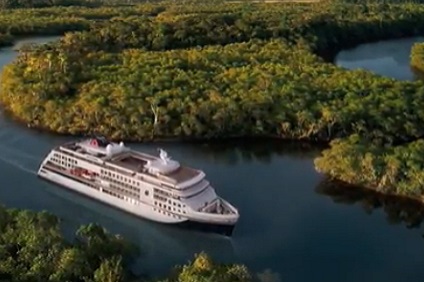 9 Night Cruise sailing from Tromso to Hamburg aboard Hanseatic Inspiration.

9 Night Cruise sailing from Tromso to Hamburg aboard Hanseatic Inspiration.

Tromso
Tromso is a city and municipality in Troms county, Norway. Most of Tromsø, including the city centre, is located on the small island of Tromsøya in the county of Troms, 350 kilometres (217 mi) inside the arctic circle. The island is connected to the mainland by the Tromsø Bridge and the Tromsøysund Tunnel, and to the island of Kvaløya by the Sandnessund Bridge.

The city centre of Tromsø contains the highest number of old wooden houses in North Norway, the oldest house dating from 1789. The Arctic Cathedral, a modern church from 1965, is probably the most famous landmark in Tromsø. The city is a cultural centre for its region, several festivals taking place in the summer.

Rorvik
Rørvik is a port village in the municipality of Vikna in Nord-Trøndelag county, Norway. The village also serves as the administrative centre of the municipality. It is on the eastern side of the Vikna archipelago on the island of Inner-Vikna.

Bergen
Bergen is located on the south-western coast of Norway, in the county of Hordaland, in between a group of mountains known as De syv fjell ("the Seven Mountains"). It is recognized as the unofficial capital of the region known as West Norway, and also recognized and marketed as the gateway city to the world famous fjords of Norway.

The oldest part of the city is on the north side of the bay of Vågen. Here you find Bryggen, a number of old, wooden houses dating from the early 18th century.

A popular tourist attraction is the open air fishmarket on the harbour. Further down you find the main shopping area, rebuilt after a fire in 1916 in art nouveau and functionalism, around the main square Torgalmenningen. Several old quarters of white, wooden houses surround the centre, notably Nordnes, Marken and Sandviken.

Visitors should not miss the ride with the funicular up to Mount Fløyen, where one is rewarded with a splendid view over the city and the fabled seven mountains.

Hamburg
Hamburg is a major port city and second largest city situated on the Elbe River in northern Germany. Two-thirds of Hamburg is occupied by parks, lakes or tree-lined canals, giving a refreshing rural feel to one of the country's major industrial and media centres.

Sightseeing is concentrated in two main areas, the city center and the harbor. Hamburg’s historical center is mostly modern with only a few ancient houses and churches surviving the 1841 fires and WW2 bombings. The city center looks onto the Alster Lake, of which the outer section (Aussenalster) is particularly attractive.

The other principal sightseeing center is the harbor and the adjoining red-light district of St Pauli with its infamous main street, the Reeperbahn. St Pauli is the city’s leading nightlife area, with numerous theaters and respectable nightspots. The harbor is the second biggest in Europe and provides visitors with boat tours, museum ships, the Speicherstadt warehouse museums and the colorful comings and goings of any major port. 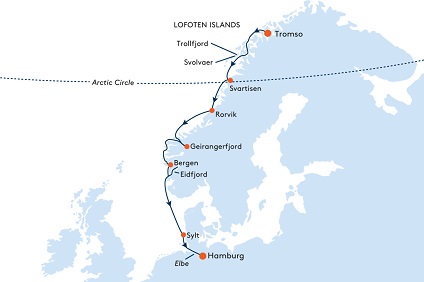