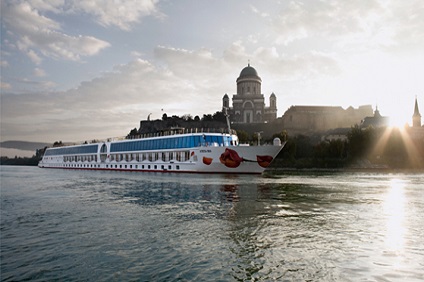 What do you think about on New Year’s Eve? About the year just gone? Or about what might lie ahead in the new one? In Vienna, the main thing you think is “Wow!”. Because at midnight, the Ferris wheel in the Prater pales in comparison to the fireworks shooting up into the sky. Fountains of fire, torrents of stars, blazes of gold and explosions of colour welcome the new year, and Vienna invites you to dance. But this imperial city is not the only breathtaking city on the Danube. “Budapest is like Paris without the perfume”, is how the people of Budapest describe their city. You can see why. The stunning Baroque buildings, the picturesque narrow streets with their little boutiques and cafés, and in the middle of it all the Danube inviting you for a relaxing drink at the end of the day – all of this recalls the city on the Seine. What’s different is that there’s a little crumbling here and there, and the metro is a little rickety. But who cares? As you continue on in a westward direction, you can reflect on the year gone by and the year to come. As you do so, the Wachau valley – a UNESCO World Heritage Site – glides by, its precious vineyards resting under a thin blanket of snow, preparing for a successful year ahead. A bit like you in the SPA-ROSA.

Linz
Linz is the capital of Upper Austria and has a unique character all of its own. You can still find traces of the Roman era here, while the old town centre boasts elegant Renaissance courtyards and Baroque churches. A local specialty is the Linzer Torte, a spicy cake with a jam filling. 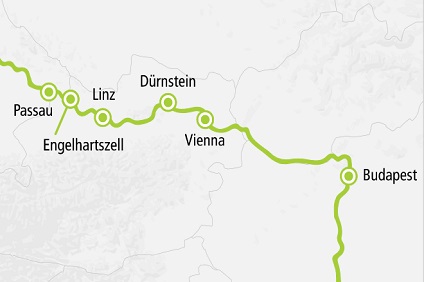