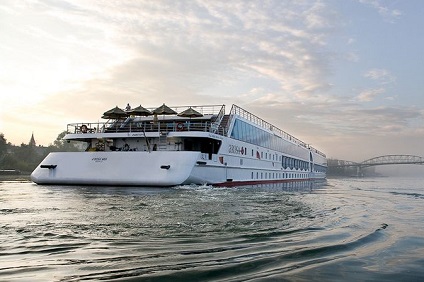 The mighty Rhine’s final act is a stunning one. Before it joins the North Sea, it splits into five branches and spreads through the untouched countryside like a vast fan. It’s now in a rush to leave behind its famous cities with their people, culture, museums and incredible architecture. As you breathe in the incomparable air, you can understand why the river’s in such a hurry. Gusts of wind whistle around you – and are those seals you see? You are filled with an indescribable sense of freedom. And yet at the same time, you are pleased to spot one of the old Dutch fishing villages with its quaint stepped-gable roofs and colourful sailboats.

Nijmegen
Nijmegen, situated at the left bank of the Waal, the southern arm of the Rhine is one of the two gateways of the Netherlands on the Lower Rhine. Nijmegen once was a Roman settlement. In the Carolingian period it was an imperial residence, and later became a free imperial city and Hanseatic Town. In 1579 it joined the Union of Utrecht. The town’s prosperity began only with the development of industry in the latter part of the 19th century. Highlights of the old town are the Grote Markt and the St Sevenskerk (13th to 15th century), the town hall.

Ghent
We will now head along the northern Rhine towards Ghent. Here you’ll find splendid architecture, artistic masterpieces, delightful landscapes and absolute tranquillity. The capital of East Flanders is part of a quartet of Flemish centres of art – the others being Antwerp, Bruges and Brussels. Discover Ghent’s treasures, including the baroque Saint Bavo’s Cathedral and the imposing Gravensteen, a moated castle. And in the old town, you’re sure to find a nice place to sample a good cup of coffee and some Belgian delicacies. 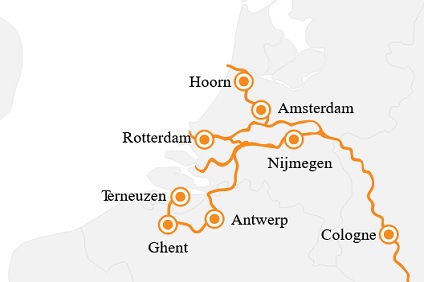